The development and implementation of future-oriented industrial construction projects doesn’t just need people with vision and creativity. What’s at least as important is having the necessary passion and enthusiasm to be able to meet the daily challenges in the best way possible. Challenges which our employees meet again and again, and not just in their daily work.

“It’s important to understand the processes and requirements of our customers. Then we can produce a tailor-made industrial building for them.” 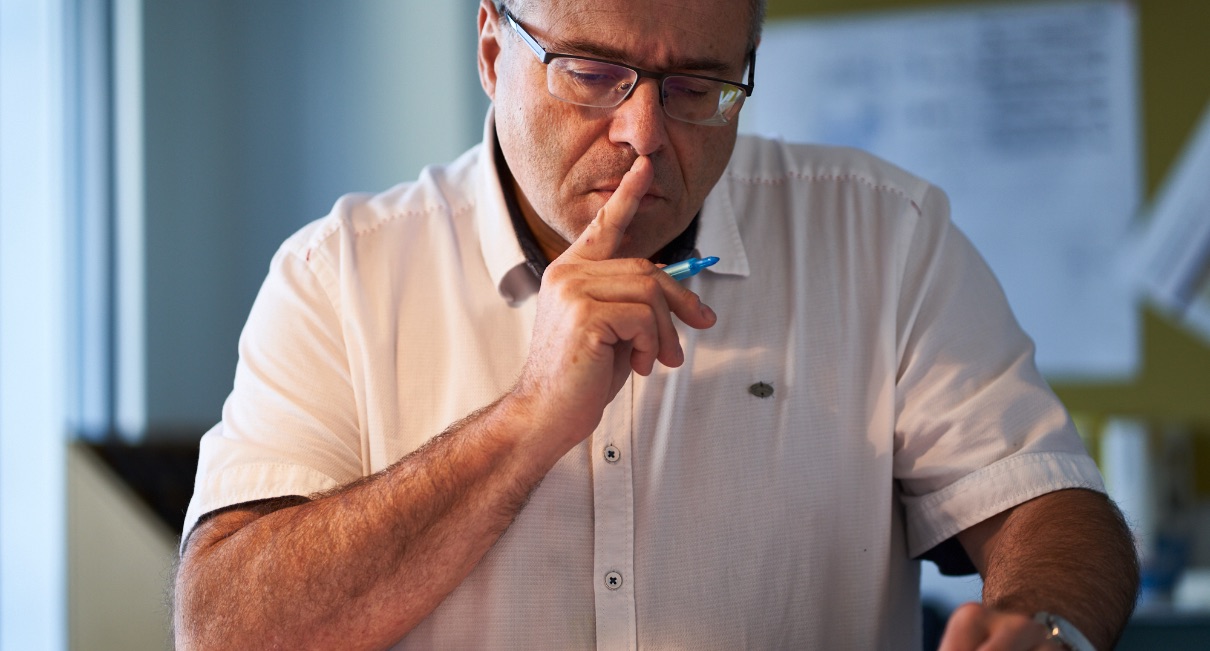 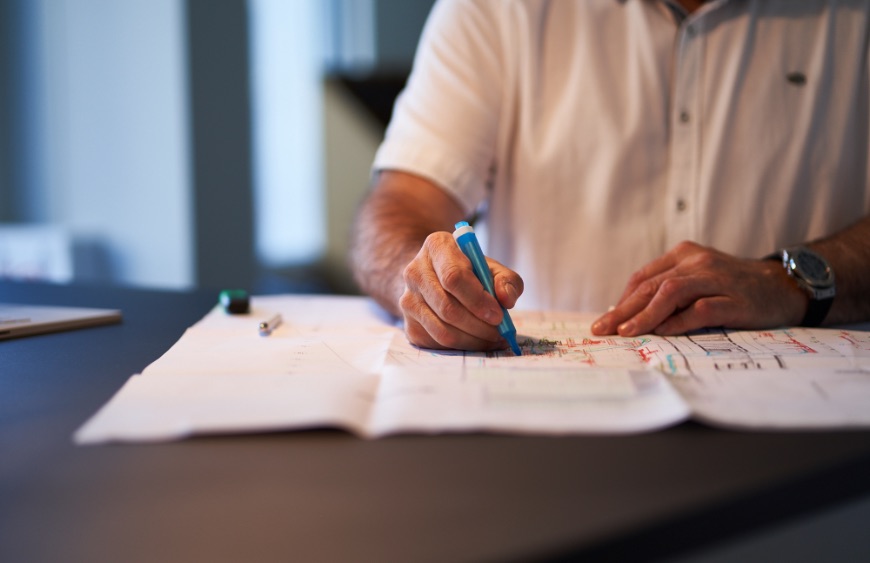 Quality simply prevails. Even internationally. Sometimes, you’re even honoured for it. That’s what happened to Markus Rupp, who was given the “Supply Chain Innovation” logistics award for his work with Coca-Cola AMATIL (Allied Manufacturing and Trade Industries Limited) in 2008. This despite the fact that the southern hemisphere is less well known for logistical excellence in comparison with Europe and North America.

Markus Rupp worked as a senior consultant at the time and was responsible for logistics systems. Prior to that, he had successfully implemented projects for customers in Australia. So, it stood to reason that he and his team should organise the logistical future for Coca-Cola in the Australian market. In addition to the complex connections to the high-end filling process, intercontinental supplier coordination for the whole of intralogistics, including management and software, was among the most important issues in project implementation. Only with the best partners and suppliers is it possible to implement such an ambitious high-end logistics project.

The plan went well, and Markus Rupp and his team were given awards for several services. The largest facility of its kind in the southern hemisphere won people over due to its excellent figures and total control over its inventory. Even the customer service is excellent and offers 99.9% reliability for inbound and outbound deliveries. As a result, not only were distribution and personnel costs massively reduced, but energy consumption and greenhouse gas emissions were also emphatically reduced (green warehousing). They even managed to create the necessary flexibility for future growth (services and products).

Challenges that make having industry-specific expertise necessary. Expertise that Markus Rupp can now bring to the table as a logistics expert at the IE Group facility in Zurich. He has many years of industry experience which he can refer to at any time to help him organise customer-specific production processes.

“Passion for the cause and 100% motivation, that’s what really counts. Both in your private life and professionally.” 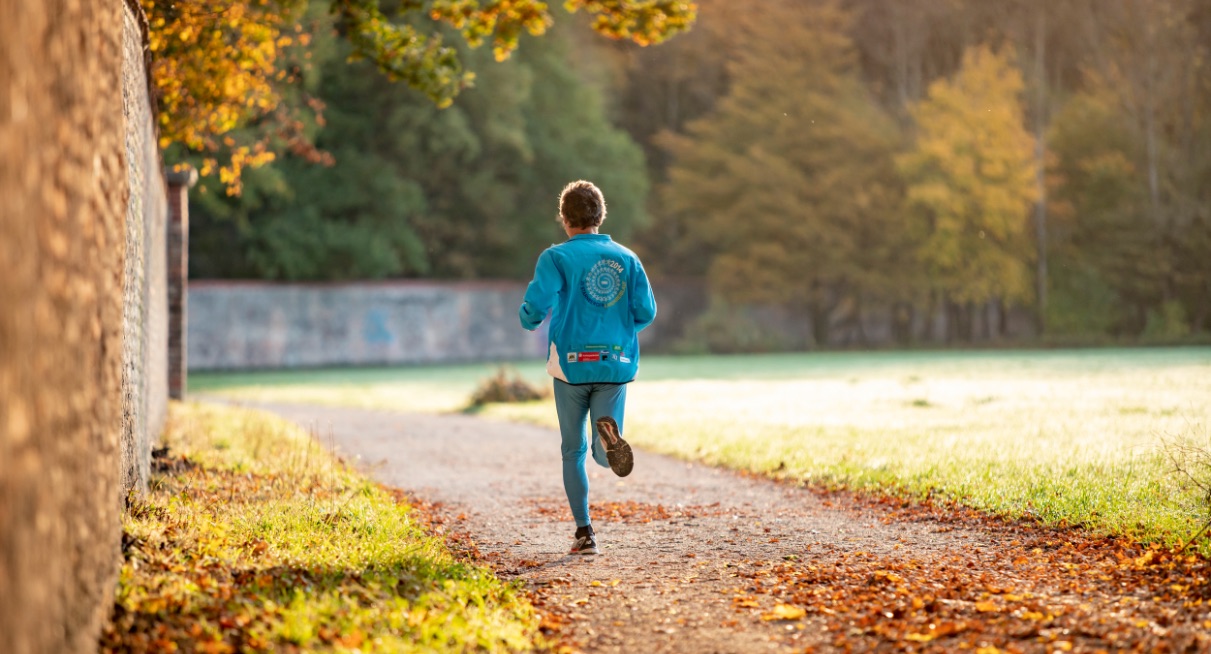 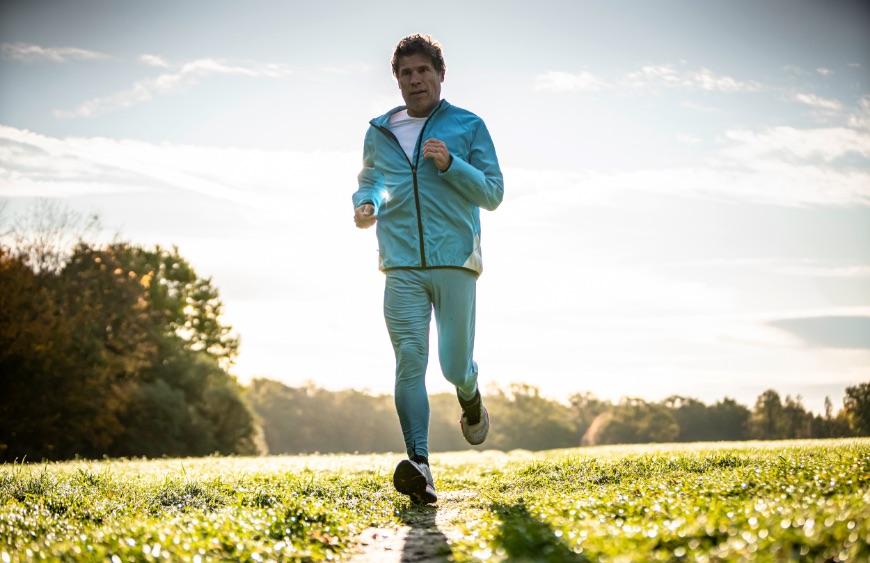 Books broaden horizons. And sometimes they take you to an ultramarathon. That’s what happened to Günter Zintl, who discovered his passion for running by reading “Irgendwann musst du nach Biel” (You have to go to Biel sometime) by the author Werner Sonntag. He’d barely finished reading when he set out for a 100-kilometre ultramarathon in Switzerland where he, along with over 2,000 other participants, took on the biggest challenge he’d ever faced.

That was in 1999. Since then, Günter Zintl has run the race four more times. In 2004, he managed his personal best with a time of 10 hours and 32 minutes. And, because his passion knows no limits, Günter Zintl also took part in the so-called Rennsteiglauf trail running event in Germany, among others. He’s successfully completed the 74-km-long course eleven times in total. Over the years, the now 65-year-old IT administrator has completed a total of 32 ultramarathons and 30 “normal” marathons. His greatest challenge was the 24-hour race in Bremen, in which he has taken part three times to date.

To actually be able to meet such extraordinary challenges, what you need above all else is lots of passion and the necessary level of motivation. Not just for the race itself, but for the training too. The total preparation time for a marathon is between three and six months. One phase of training alone stretches across three weeks. For this, you have to run more than 30 km at least once a week. After that, you have a week without too much stress. For Günter Zintl, it’s particularly important to stay fit throughout the year and to optimally integrate his preparations into his daily routine.

Professional time management and stamina – that’s what he brings to the table as IT administrator at IE Group when it comes to the development and implementation of digitalisation and automation processes. Ultimately, something that applies to running also applies to modern industrial construction projects: with sufficient time and optimal preparation, anything is possible.

“You can’t be afraid of new things on the high sea or in your job, and you need to be able to be flexible in the way you meet challenges in both situations.” 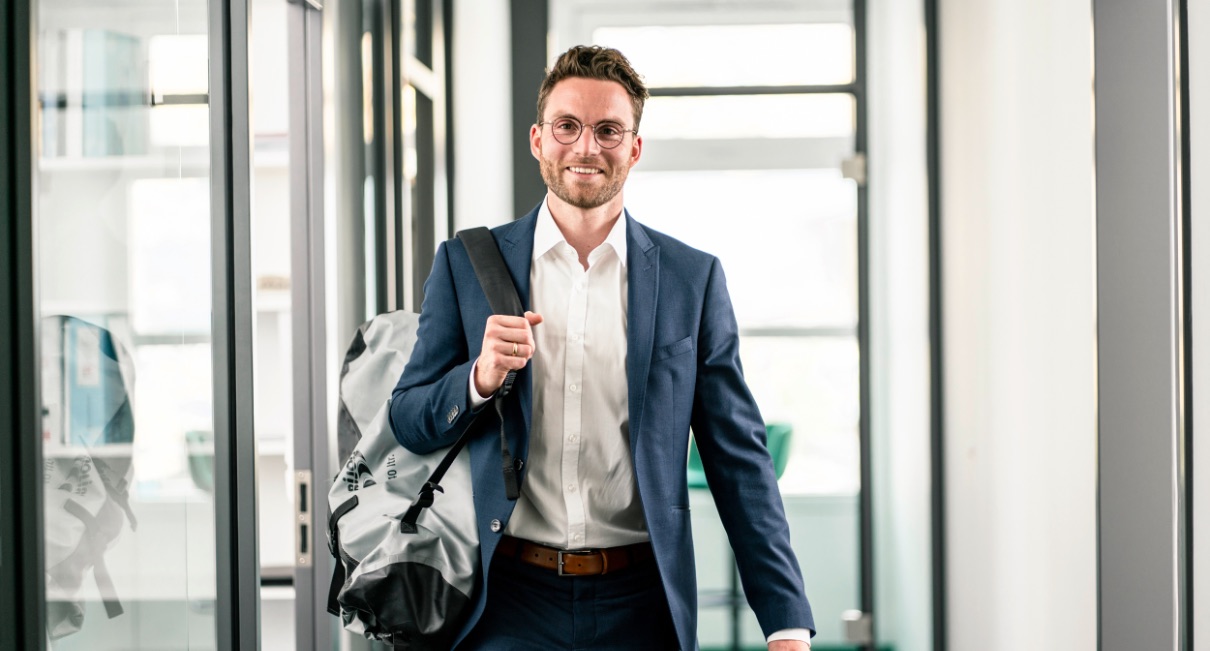 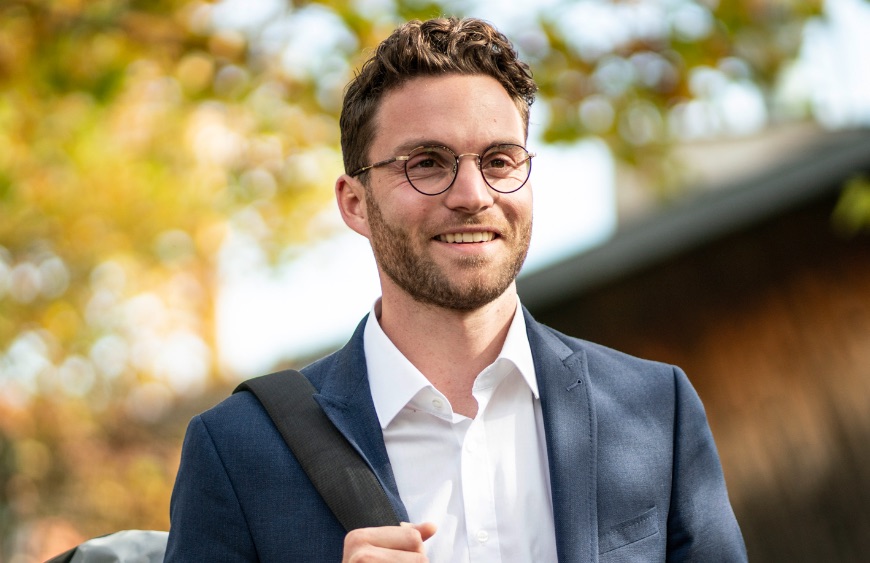 Fabian Koch discovered his passion for sailing at the age of 16. At the time, he took part in a one-week private holiday project with his cousin and got his sport boat licence after that. Since then, he’s sailed across Bavarian lakes in dinghies, keel boats and catamarans. After being a crew member on a sailing trip to the Cyclades, Fabian Koch set himself a new goal. In 2019, it was time: he was able to successfully complete the practice sailing trip for his sport coastal ship licence and he was finally able to take his passion for sailing to the high seas.

Fabian Koch was already aware of how important preparing well is for a successful sailing trip from his trips across shallow inland water. Of course, out on the open sea and in a significantly larger type of ship, optimal planning is the be all and end all. Ultimately, it isn’t just the requirements that increase, it’s also your responsibility for your crew.

It’s especially important to convey a sense of safety for inexperienced crew members so as to ensure a stress-free sailing experience for everyone. The aim: everyone on board has to be raised to the same standard and brought up to the same skill level so that everything can run as smoothly as possible. In this way, it’s possible to develop a direct connection to the forces of nature which you can’t handle on your own. That’s because you can only overcome the tasks and challenges on a sailing yacht as part of a team.

Similar behaviour is needed for project management at IE Group: here Fabian Koch not only takes on responsibility for his team, he also shares this out among his colleagues for big projects. That way, everyone gets the chance to seize the initiative themselves and to take on responsibility. Ultimately, problems can be solved more quickly, and challenges can be overcome more easily through well-organised teamwork. The same is true for the digitalisation / automation development project which Fabian Koch was successfully able to implement together with his team.